The Congressional Award Gold Medal is the highest award bestowed upon youth by the United States Congress. The Gold Medal represents the pinnacle of a program that encourages and recognizes initiative, service, and achievement in America’s youth.

I was one of the two 2017 gold medalists from our beautiful state of Colorado. For voluntary public service, I established a non-profit organization – the Colorado Wheelchair Fencing Foundation. This organization aims to coach wheelchair fencing to physically challenged children. Although I am proud of this accomplishment, setting up this organization was the most difficult undertaking that I ever engaged in. For personal development, I worked on a variety of activities, such as guitar, fencing refereeing, Speech and Debate, math, and Spanish. The activity that I enjoyed most was perfecting my technique in classical guitar and mastering the Spanish Guitar program. As an avid ballroom dancer, it was only natural to choose this activity for my physical fitness. My goal in dancing was to improve my skills to the intermediate gold level for both American Rhythm (Cha-Cha, Rumba, Swing, Bolero, and Mambo) and American Smooth (Waltz, Tango, Foxtrot, and Viennese Waltz). The best part of the Congressional Award Program was my expedition and exploration because it was so different from anything else I have done, and it was also a lot of fun. I travelled to the British Virgin Islands, where, on board a catamaran, I explored sites from the Golden Age of Piracy. In conclusion, it was an honor and a pleasure to be part of the Congressional Award Program, which was a great way to learn to set goals, to work to achieve those goals, and to take my activities to the next level. It took me over three years to complete this program. I would like to thank my high school advisor Ms. Lisa Wiese and my middle school advisor Mr. Rich Erixon for their support throughout the years. Sincere thanks are also due to my many validators such as my fencing coach Nathan Anderson, my dance instructors Mr. Gary Holmes and Mrs. Terry Holmes, and my guitar teacher Mr. Jonathan Barlow. Last, but certainly not least, I would like to acknowledge my family for their love and encouragement. 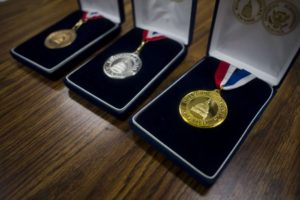 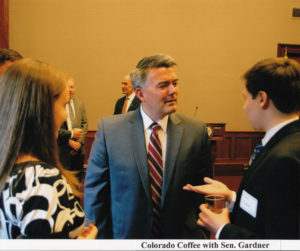 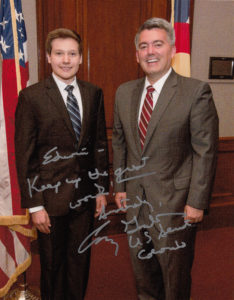 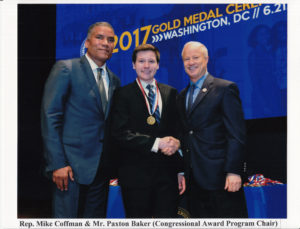 The Colorado Junior Wheelchair Sports Camp is a week-long summer camp specifically designed for children with physical and developmental challenges, focused on getting children exposed to different sports, fencing being one of them. This camp enables disabled children to connect, build community and get engaged in new recreational activities. Year after year, athletes from different sport clubs give their time and talents to make this event a success. 2018 marked my sixth year of volunteering. Over the years, I have donated 300 hours of service to this organization. 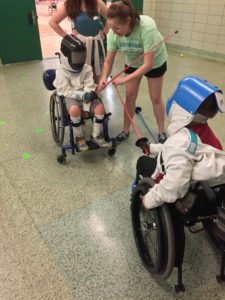 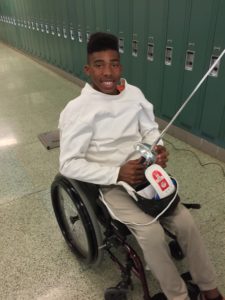 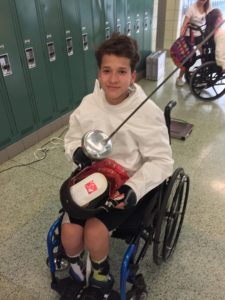 Realizing that children with disabilities had limited opportunities to be involved in athletics, in 2015, I created the Colorado Wheelchair Fencing Foundation, which introduced a year-round wheelchair fencing program in Denver. The weekly wheelchair fencing training sessions offer various levels of involvement, ranging from recreational activity to serious training for Special Olympics. To make this program available free of charge, I reach out to volunteers and donors and raise over $5,000 yearly. By creating this wheelchair fencing program, I provided physically challenged children another activity in which they stay active, acquire new skills, and build community. 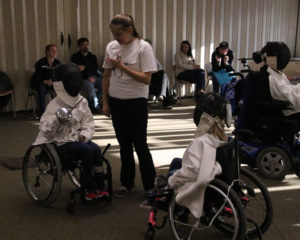 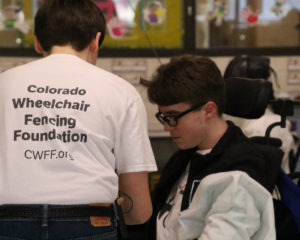 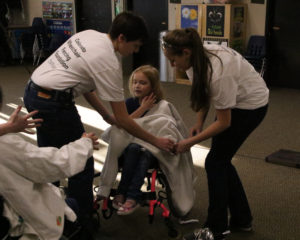 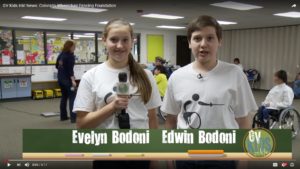 Short video about CWFF in the news

In an effort to increase excess to quality summer programs for low-income families, the Denver Office of Children’s Affairs offered grants to athletic organizations which were interested in implementing full-day summer camps for underprivileged youth. On behalf of Denver Fencing Center, I have applied and received a $15,300 grant to run a full-day summer fencing camp in June and July 2016. Organizing this camp was an enormous undertaking. I worked together with Head Coach Nathan Anderson to hire two other part-time coaches and a nurse’s aide. We also had to coordinate nine athletes from Denver Fencing Center, who volunteered as junior coaches and support staff. Instruction included training in all three fencing weapons (foil, epee, and saber) as well as basic refereeing. Activities were structured into one-and-a-half hour blocks with thirty-minute breaks and a one hour lunch break. We also incorporated a mixture of fun activities into our daily schedule (9 am to 5 pm). There were twelve children per group, one to two groups per week. By engaging in sports, campers learned discipline, commitment, goal setting, and perseverance. Campers had the opportunity to enroll for one week, multiple weeks, or the entire six week period.

In the following summer (2017) the grant was no longer available, but at the previous year’s participants’ request, Denver Fencing Center decided to run a three-week full-day fencing summer camp for children from disadvantaged backgrounds. Building on my past experience, I led every aspect of this proceeding: volunteer coordination, fundraising, coaching, gear maintenance and acquisition, and odd jobs.